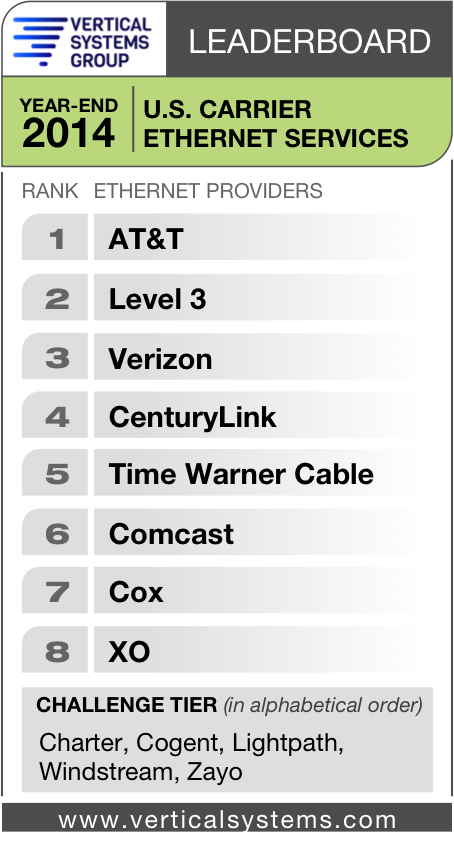 Port shares were calculated using the base of enterprise installations of Ethernet services, plus input from surveys of Ethernet providers. The LEADERBOARD threshold is four percent (4%) or more of billable port installations.