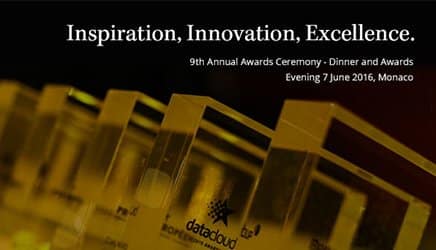 Host in Ireland announced that Datacloud Europe 2016 has awarded Ireland the Innovative Data Center Location Award. The inaugural award for data center locations in the EMEA confers industry recognition on a global level. The win by Ireland was further distinguished by Host in Ireland’s position as the only non-governmental organization among the competition. Datacloud Europe 2016 took place June 8-9 in Monaco and winners of the Datacloud Awards were announced during the 9th annual pre-conference dinner on June 7 at Le Méridien.

As multinational enterprises seek security, renewable energy, connectivity and cost control in their data hosting and cloud environments, Ireland is well positioned to meet these requirements.  Host in Ireland expands awareness of the benefits of Ireland as an optimal location for hosting digital assets through its “5 Ps” – Policies, Pedigree, People, Power and Pipes.

“Speaking on behalf of our partner companies, esteemed advisory council and the executive committee members of Host in Ireland, we graciously accept Datacloud’s Innovative Data Center Location of the Year Award recognizing Ireland,” commented President and Founder of Host in Ireland, Garry Connolly. “This honor caps a year of notable accomplishments for Host in Ireland, including the addition of several new member companies, the launch of the ‘Irish Pavilion’ at Datacloud Europe and a host of multinational enterprises across diverse industry sectors selecting Ireland to host their digital assets.”

Characterized as the “Home of the Hybrid Cloud,” “Data Capital,” and “Data Center Hub” of Europe, Host in Ireland works to lend weight and sharpen these industry perceptions through timely and accurate information concerning the benefits of hosting digital assets in Ireland.

Visit www.hostinireland.com to learn more about Host in Ireland.