How the Internet of Things is Pushing the Edge 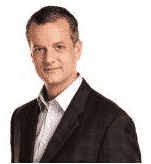 According to Cisco’s 2014-2019 Global Cloud Index (GCI), by 2019, cloud traffic will consume the vast majority of all data center traffic – 83 percent to be exact. At that time, annual cloud IP traffic will reach 8.6 zettabytes, growing more than four-fold since 2014. With this incredible growth of cloud and data center traffic on the horizon, the need has emerged to distribute cloud infrastructure to more locations at the edge of the network. Today’s consumers and enterprises demand the “Internet of Everywhere” for things like 4K content streaming, real-time interactive gaming, industrial Internet of Things (IoT) and cloud computing – applications that today’s traditional Internet and network architectures can no longer adequately support. The Internet of Everywhere can only be enabled by deploying highly distributed network architecture closer in proximity to end-users. This new Edge of the Internet was created and perfected by EdgeConneX®, a company that specializes in global infrastructure at the Edge of the network.

2015 was full of milestones for EdgeConneX, as the company expanded its market reach and shook up the data center industry by fully commissioning 23 Edge Data Centers®, each with an anchor broadband provider and content-based ecosystem. This model effectively created 23 new localized facilities that brought connectivity to previously underserved Tier 2 cities — and the market took notice.

The EdgeConneX model distributes cloud infrastructure, applications and content closer to end- users by deploying facilities at the edge of the network. Last year, industry analyst firm Gartner based its Edge Manifesto on this business model, calling for “the placement of content, compute and data center resources on the edge of the network, closer to concentrations of users.”  2015 also provided EdgeConneX a full year to test, measure and validate its Edge Data Center model. Leading Over-the-Top (OTT) video experience optimization organization, Conviva, reported that ISPs delivering content to end-users through EdgeConneX EDCs benefitted from an immediate 17 percent improvement in re-buffering rates.

Last year, EdgeConneX also launched plans to extend its reach internationally, taking the Edge Data Center model to Europe. It partnered with one of the largest Internet and broadband service providers in Europe and selected Amsterdam as the location for its first-ever European Edge Data Center. The company then began planning for expansion in Ireland, France, Germany, Italy, Spain and Latin America.

In 2016, EdgeConneX will continue to execute these plans for international expansion in a way that benefits the worldwide Internet community. In the U.S., the company believes that metro markets will continue to develop into independent entities, separate from one another. It strongly expects that smaller markets such as Pittsburgh, Pennsylvania and Phoenix will no longer be forced to rely on other cities for their content, compute and cloud infrastructure.

EdgeConneX’s localization model brings data directly to new markets, greatly reducing the amount of bandwidth-intensive content traveling across networks to yield and satisfying the performance, security and economic requirements that both consumers and enterprises demand. In coming years, the core will stop growing as the Edge continues to expand and evolve indefinitely. The company fully expects all metro markets to be considered the Edge in the near future.