How a New IXP Will Transform Long Island Connectivity 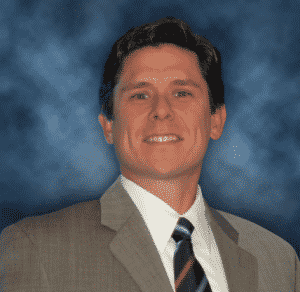 1025Connect, Long Island’s premier network-neutral Meet-Me Room for network interconnection and colocation, has added DE-CIX, a carrier and data center-neutral Internet Exchange operator with multiple platforms across the U.S., including a distributed platform across major carrier hotels and data centers throughout the New York-New Jersey metro market and an exchange throughout the Dallas, TX metro market. DE-CIX New York, the only major IX platform in the New York market Open-IX certified and one of the top neutral Internet Peering Exchange (IXPs) in the New York metro market, has added a new Point of Presence (PoP) with 1025Connect that serves as host to the easternmost peering point in the New York metro area, enabling easier access and delivery of content distributed to the ‘Continental Edge.’

The Continental Edge at 1025Connect provides customers the ability to lower network traffic exchange costs, reduce latency, and enhance IP performance and resiliency. A key attribute of 1025Connect is the unprecedented access it offers to global submarine cable systems that land on Long Island. DE-CIX’s presence at 1025Connect provides direct access to the most robust, meshed IXP serving the New York metro market with access to over 150 unique networks, while enabling direct access to European and LATAM networks looking to peer with U.S.-based content providers.

In a brief interview with Hunter Newby of 1025Connect and Ed d’Agostino of DE-CIX, we recently had the opportunity to gain further insight into the relationship between 1025Connect and DE-CIX.

Question for 1025Connect: What was DE-CIX New York’s criteria in selecting 1025Connect as a key location to establish a new PoP?

Answer from Hunter Newby of 1025Connect (HN-1025): DE-CIX New York selected 1025Connect based on its history as the primary network interconnection facility on Long Island, its proximity to the Long Island submarine cable landing stations, and the business opportunity to create a new, diverse and lower cost entry point for European, Latin American and Caribbean network operators into the Northeast U.S. content and peering landscape.

Question for DE-CIX: Why was DE-CIX New York’s expansion to 1025Connect’s carrier-neutral data center, the first peering exchange to be directly available on Long Island, important to establish?

Answer from Ed d’Agostino of DE-CIX (ED-DE-CIX):  First, it is the DE-CIX mission to bring peering to an ever-growing number of data centers / networks in the New York metro market. Second, we believe that Long Island, with its large population and proximity to the cable landings, is an underserved market segment. Finally, 1025Connect is a unique neutral data center that has access to networks running directly to the cable landings. Therefore, 1025Connect is an ideal place for DE-CIX to establish a new POP.

Question for DE-CIX: What immediate benefits and connectivity options will 1025Connect’s customers receive as a result of the expansion?

Answer ED-DE-CIX: We have effectively dramatically lowered the cost of connectivity to DE-CIX New York for networks that colocate at 1025. Now, those customers will be able to access DE-CIX via a cross-connect and not a transport circuit. 1025Connect customer networks will not only now be able to take advantage of the benefit of public peering with the all of the other networks available on DE-CIX New York, but also have easy access to the various additional services of a premium exchange operator.

Question for DE-CIX: Could you describe a scenario whereby 1025Connect customers can take advantage of the growing number of DE-CIX’s VLAN services? For example, your GlobePEER Remote or MetroVLAN services?

Answer ED-DE-CIX: DE-CIX VLAN services are readily accessible to 1025Connect customer networks connected to our peering platform since those services are provisioned on the same port. Our MetroVLAN service allows customer networks to establish a private connection with any other network that connects directly to one of our many switches throughout the market. For example, a network connecting at 1025Connect can readily establish connectivity via a VLAN to a network that is colocated at 325 Hudson. Similarly, 1025Connect customers looking to participate on our massive DE-CIX Frankfurt exchange can use their port to establish turnkey peering on the Frankfurt exchange with our GlobePEER Remote Service.

Question for DE-CIX: What was DE-CIX New York’s criteria in selecting 1025Connect as a key location to establish a new PoP?

Answer ED-DE-CIX: DE-CIX New York selected 1025Connect based on its history as the primary network interconnection facility on Long Island, its proximity to the Long Island submarine cable landing stations, and the business opportunity to create a new, diverse and lower cost entry point for European, Latin American and Caribbean network operators into the Northeast U.S. content and peering landscape

Question for 1025Connect: The ‘Continental Edge’ at 1025Connect represents the easternmost access point for DE-CIX New York. What advantages does this create for your customers?

Answer HN-1025: Our customers can now access the DE-CIX New York distributed peering fabric in a strategically diverse location creating security, proximity and latency benefits never before possible. Network operators building “hairpin” subsea routes between Europe and Latin America can now breakout on Long Island and access all of the content in the New York metro area that is on the DE-CIX NY exchange with a single port.

Question for 1025Connect: What types of Long Island-based and global organizations will especially benefit?