Making Waves Across the North Atlantic 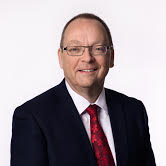 Nigel Bayliff has been Chief Executive Officer of Aqua Comms DAC since October 2016. He has more than 25 years of experience in senior executive, technical and operational roles across the global telecom industry, including CEO of Huawei Marine Network. At FLAG, where Nigel served as an officer and deputy chairman for a number of group companies, he was responsible for the construction and operation of the FLAG Global Network, which encompasses 65,000 km of submarine cable systems, providing connectivity services to 40 countries. In September 2017, he was appointed as a non-exec Director of Board at Deep Blue Cable where he will advise on the deployment of the company’s pan-Caribbean subsea network, acting in an advisory capacity with respect to project governance.

Data Center POST recently spoke with Nigel about Aqua Comms’ immediate plans to pursue a new subsea cable build, the evolution and current state of the subsea cable sector, and the company’s attendance at International Telecoms Week 2018, taking place May 6-9 in Chicago.