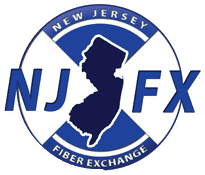 Backhauling subsea networks to data center facilities in major metros has been a common practice in the industry when it comes to obtaining close geographic proximity. However, today’s data and Internet access demands are placing added strain on these network transit hubs as operators seek faster, more optimal transport routes. Moreover, previous demand has driven up the cost of monthly recurring cross-connects in these facilities, prompting some companies to seek alternative locations and means of connectivity. This morning at Capacity Latam 2015, Founder and Managing Member of sponsoring company New Jersey Fiber Exchange (NJFX), Gil Santaliz, introduced the audience to a new perspective on data centers and proximity – the concept of interconnecting at the intersection of subsea cables connecting the US, South America, Europe and the Caribbean.

During his session, Mr. Santaliz described how telecom carriers, enterprises and content providers in Latam as well as across the globe could design and construct more efficient networks by interconnecting directly at the cable-head. In addition to enabling faster, reliable and more cost-effective delivery of content and bandwidth-intensive applications, the practice also eliminates recurring costs on cross-connects and empowers enterprise companies to have more control over their networks rather than rely on traditional backhaul solutions. To enable this concept, NJFX is launching the first Tier III carrier-neutral colocation facility that intersects where subsea cables from the US, South America, Europe, and the Caribbean meet at the easternmost edge of the United States in 2016.

The network interconnection point will be open to carriers, enterprises, carrier-neutral operators and cable companies It will also provide customers with access to Tata Communications’ global connectivity, built on the world’s largest and most advanced global subsea cable network.

For more information about the New Jersey Fiber Exchange and its carrier-neutral colocation facility, visit: www.NJFX.net.