The Significance of Geography when Building a Data Centre 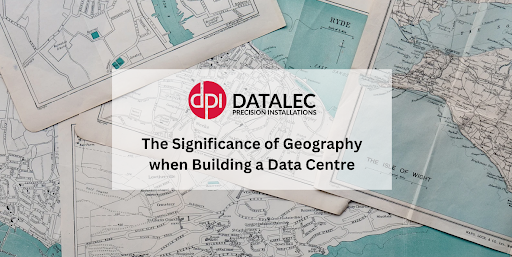 As the demand for data centres grows, there are many factors to consider when identifying a construction site. In addition to the availability of power and access to multiple fibre routes, data centre developers must also consider demographics, road access and physical security. There are some other considerations that speak largely to the applications you are likely to host from an urban, ‘near urban’, or rural location, but we will come to those later.

Frankfurt, London, Amsterdam, Paris and Dublin remain some of the most significant data centre hubs in Europe. This is due to various factors; banking – Europe’s largest capital cities are substantially charged with our international banking and trading services; demographics – these cities represent our more intense population centres with high demand for internet access, and all the associated media demands and services; Industrial and enterprise, large companies and institutions are often headquartered in these larger cities and again present hot spots for data centre and related services.

European, and certainly UK data centre operators often face the challenges of high energy costs, restricted power availability as it relates to future developments and of course a disproportionate reliance on fossil fuels. Even with these considerations the London Internet Exchange (LINX) – one of Europe’s most prominent internet access points – makes the region around the southeast of the country well suited for data centre development.

The Netherlands is a landing point for ten trans-Atlantic subsea cables, making it a strategically important location for data centres given its ability to bridge Europe and the United States. Amsterdam has one of the most important internet exchange points in the world, AMS-IX. For over 25 years this pioneering platform has been playing a crucial role rapidly routing global IP traffic whilst offering low latency for end users.

Paris is another key European city for data centre construction, somewhat owing to its connection to Marseille, the landing point for an extensive network of east-west subsea cables. At present, France is producing around 20% of its total power from renewable energy sources but is actively seeking to scale up this type of power production to 33%* by 2030. France is also offering tax benefits to companies that invest in renewable energy sources, which makes Paris a location well suited to data centre companies. The city is also home to several major Internet Exchange Points (IXPs).