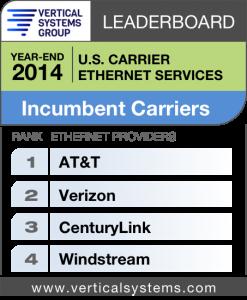 “As a group, Incumbent Carriers had slower Ethernet growth than Competitive Providers or Cable MSOs. However, incumbents made considerable service advances in 2014, including investments in fiber builds and stronger integration with other offerings,” said Rick Malone, principal at Vertical Systems Group. “Despite the challenges of mature technologies and a cost structure that can be uncompetitive for out-of-region sites, incumbents lead in the delivery of more complex nationwide networks.”

To view this release in its entirety click here.