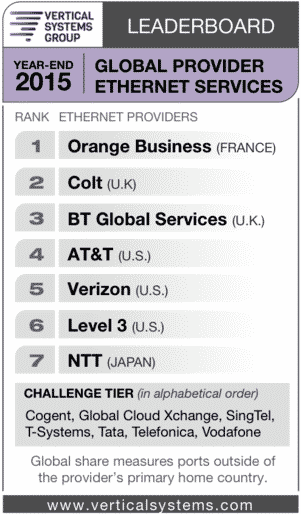 Colt, AT&T and Level 3 gain share for the year; Colt advances into second position ahead of BT Global

Colt advances to second position on the 2015 Global Provider LEADERBOARD ahead of BT Global based on continued share gain in the second half of the year. AT&T and Level 3 were the only other LEADERBOARD-ranked companies to gain share in this segment during 2015.

To read the full article, view it on the Vertical Systems Group website here.