Share rankings shift for Verizon, Colt and AT&T as a result of tightening competition in the global Carrier Ethernet segment 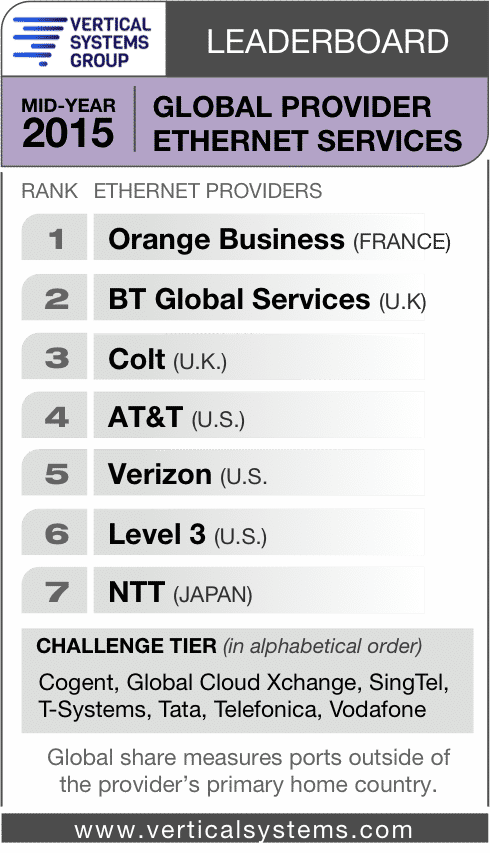 Competition in the Global Provider segment tightened in the first half of 2015, with LEADERBOARD rankings shifting for three companies. Verizon dropped to fifth position from a rank of third overall at the end of 2014. Colt moved into third position from fourth in 2014, while AT&T moved up to fourth from fifth position.

“Amid the backdrop of global economic uncertainty, solid growth in Ethernet deployments was sustained throughout the world in the first half of 2015,” said Rick Malone, principal at Vertical Systems Group. “Because Carrier Ethernet is considered a strategic technology and cost saving measure by most global enterprises, we don’t forecast a significant drop off in deployments in the second half of the year even if economic conditions remain sluggish.”

About Vertical Systems Group
Vertical Systems Group is recognized worldwide as a leading market research and strategic consulting firm specializing in defensible quantification of the networking industry. For more information see www.verticalsystems.com and follow us on Twitter.

To speak with an analyst at Vertical Systems Group, contact Erica Ambrose at +1.781.352.0700 or eambrose@verticalsystems.com.