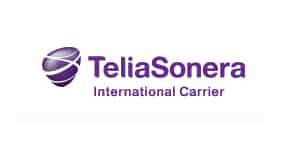 In this flattening world of on-demand service and ‘anywhereization,’ virtually every enterprise –across any industry – relies on global connectivity in order to function, let alone succeed and prosper. This growing demand for cross-border and domestic connectivity has proved that global presence is key for all modern-day communications service providers. As a part of the TeliaSonera group, Europe’s fifth largest provider of network access and telecommunication services, TeliaSonera International Carrier (TSIC) already has a renowned reputation as one of Europe’s most prominent providers. But to say that is where its presence ends is quite the misconception.

“We have a commitment to be recognized as truly international in the wholesale space. Our presence in North America has grown significantly over the past few years,” comments Ivo Pascucci, Regional Director, Americas for TeliaSonera International Carrier. “We have been doubling our US business volume for two consecutive years, and those suggesting we are purely European just have to look at the Renesys rankings of our network in Canada and the US to show that it is a misconception.”

TSIC has been making quite the name for itself as the only non-American carrier to own a fiber network in the country. It currently maintains 35 Points of Presence (PoPs) across 23 major US hubs, including Chicago, New York, Miami, Phoenix, L.A., Kansas City, Atlanta and Dallas. With numerous accolades including being recognized as one of the largest and fastest growing Tier 1 carriers in the North American region according to Renesys, it is clear that TSIC has successfully established itself as a major player in the US and Canada. 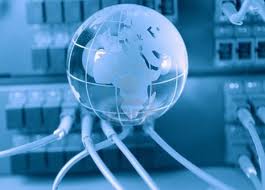 Avenue colocation facility in 1998, only to expand the facility by a grandiose 30,000 sq. ft. in 2000. The organization has recently placed a large focus on identifying and acquiring fiber infrastructure to enhance reliability and diversity in the network while maintaining the scalability and quality that its customers require, according to Art Kazmierczak, TSIC’s Director of Business Development in the Americas.

With such unprecedented growth sustained in a fairly short amount of time, it will be interesting for the telecom sector to see what TeliaSonera conquers next. According to Kazmierczak, it’s all about enhancing TSIC’s fiber infrastructure to provide customer with physical diversity, latency and quality of service (QoS). This means working side by side with customers, carriers and operators to enhance networks and provide an unmatched fiber infrastructure that brings to life the world’s next technologies, including online gaming, content, Cloud service, social networks, e-commerce, and more.